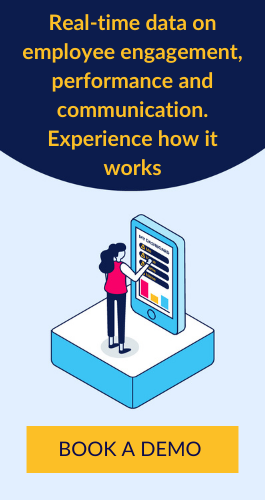 Everything you need to know about 360-degree feedback: from advantages and disadvantages to examples and best practices

We can’t just sit back and wait for feedback to be offered, particularly when we’re in a leadership role. If we want feedback to take root in the culture, we need to explicitly ask for it.

360-degree feedback is an often underused yet vital component of any company’s broader feedback strategy. Typically, feedback is a two-way street between managers and their employees. While manager-to-peer feedback can bring significant insights, it still leaves a number of blind spots when assessing overall performance.

This compact guide will explain how you can set up a 360-degree feedback process,  some pros and cons to consider, and examples and best practices to help get you started.

What is 360-degree feedback?

So what exactly is a 360-degree feedback system, and how can it help improve performance and drive fairer and more accurate appraisals?

By gathering detailed feedback from a variety of people linked to an employee, 360-degree feedback improves understanding of a broad range of workplace competencies. Supervisors, team leaders, colleagues and other peers can all deliver input that sheds light on an employee’s strengths, weaknesses and set of skills. When combined with manager-to-peer feedback and employee self-evaluation, this feedback can be integrated into employee appraisals and a transparent action plan.

The far-ranging study into 360-degree feedback from the Institute for Employment Studies touches on the diverse applications the process can bring beyond their role in giving better appraisals:

“From an organizational perspective, 360-degree feedback can also feed into a number of other HR initiatives. For example, it may be used to facilitate culture change or comprise part of a leadership development program. It can help to reinforce competency frameworks and business values or be applied to performance appraisal. Furthermore, it can contribute to the legal defensibility of assessments through being linked to competency frameworks, and having rigorous measures and feedback methodologies.”

With such a potentially broad application, it can be easy to get swamped in the possibilities 360-degree feedback can offer. By organizing the 360-degree feedback process through performance management tools, custom templates and automation can be used to streamline and repeat the process with ease.

Mistakes should be examined, learned from, and discarded; not dwelled upon and stored.

With a general outline of the overall concept, now let’s take a look at some 360-degree feedback examples and see how they can help drive good decisions. When structuring a 360-degree feedback survey it should be designed to reflect the relationship between the employee and the rater. This means you can modify and save your survey templates to reflect the appropriate roles and relationships, applying them to other employees when relevant.

Using a combination of statements with multiple choice answers and open-ended questions gives you hard data to analyze, as well as more detailed personal thoughts to add some meat to the statistics.

Some of the key areas of competencies to feature in surveys include:

These values can be altered depending on the relationship between the rater and employee to make sure they are relevant and timely. Once the survey results are in, data analysis can be used to pull out trends in individual performance, as well as team, department and company-wide trends. Any hot spots identified can then be followed up on by digging into the responses to open-ended questions so an appropriate solution can be determined. 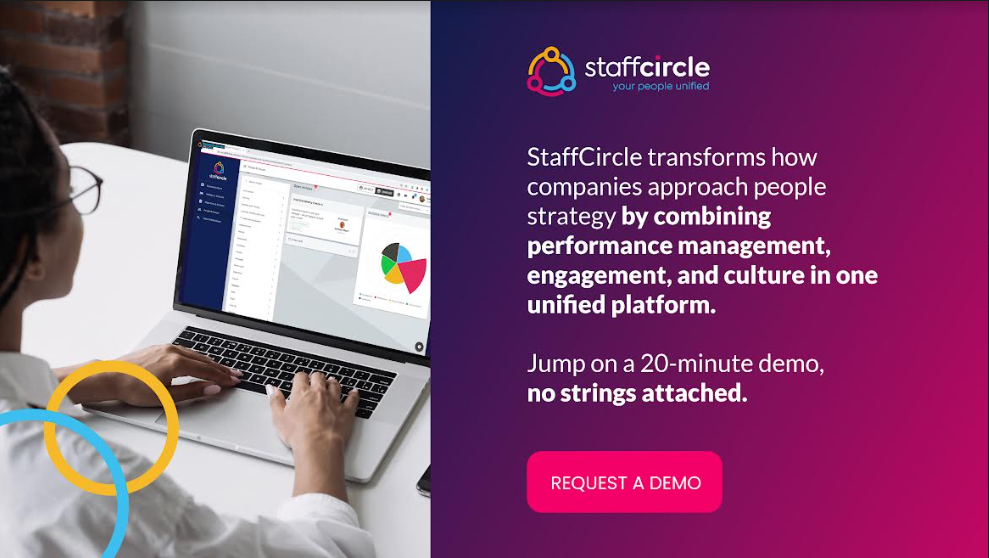 What are the advantages and disadvantages of 360-degree feedback?

There are a variety of 360-degree feedback advantages and disadvantages to be aware of before putting the wheels in motion of your own process. Having the appropriate tools in place to implement the 360-degree feedback process is key; without these, updating surveys and databases of raters to contact can become time-consuming and reduce commitment to the process.

Let’s take a look at the advantages and disadvantages of 360-degree feedback in more detail.

This data can not only help provide valuable feedback to the employee but can also be used as a benchmark for performance reviews that should go some way to aiding professional development.

It is important that raters are trained in a way to measure performance objectively, as well as deliver negative feedback effectively.

These models seek to answer several fundamental questions relating to training. For example:

While there are a variety of methods companies can use to assess the effectiveness of their training programs, it’s also possible to undergo training performance evaluation using the 360-degree feedback method.

A conference paper from the Eurasian Business and Economics Society, posted at ResearchGate, concluded:

“According to the analyses, it was found out that the results of the 360-degree feedback method was positive and, in turn, significant. As a result, the method has been found suitable for evaluating training performance. Although receiving feedback from many different parts requires relatively more time and effort than conventional ways of training evaluation, the method can be used as a valuable tool in organizations and help employee development.”

The 360-degree feedback process is relatively simple and can be easily scheduled to save additional time in the future by using the appropriate performance management tools. While the first instance you choose to engage in 360-degree feedback can be time-consuming, once the process has been completed, the ability to save survey templates and automated schedules means that future programs can be put into motion quickly and easily.

Follow these key steps for a comprehensive – and effective – 360-degree feedback process:

An important skill for all SpaceXers is the ability to accept critical feedback. This is key to anyone’s growth and becoming better at what they do.

Promoting a culture of feedback

360-degree feedback helps drive a broader culture of feedback by:

A commonly used context for 360-degree feedback is to assist with the development of performance appraisals. This can be applied to both under-performing employees and the company’s A-players, gathering valuable insights into what drives good performance – and how poor performance manifests – so that measures can be taken to address issues or replicate good behaviours.

By bringing multiple perspectives on an employee’s performance to the table, employees gain self-awareness of their strengths and weaknesses so they know which direction to head moving forwards.

Obstacles that may have prevented them from meeting targets and accomplishing goals that may be overlooked in manager-to-peer feedback can be easily identified with 360-degree feedback. Likewise, work methods that improve efficiency and productivity can be spotlighted, so that replication throughout teams and departments can be encouraged.

Increasing opportunities for training and development

As well as highlighting issues with performance, 360-degree feedback is an efficient method for fostering continuous improvement and highlighting developmental opportunities which can be easily overlooked with traditional manager-to-peer feedback.

The article from Gallup, Rethinking Competencies: What’s After Feedback? outlines the role of good feedback in both professional and personal development, as well as training:

“These development programs, usually digital and self-guided, describe each competency in-depth, explaining why it’s important to the individual and the organization. The best programs connect the employee with the organization’s other developmental resources for ongoing learning. In all cases, development should connect feedback from peers and colleagues with the manager’s job role by way of the manager’s unique strengths.”

The report goes on to highlight the clear benefits to companies that instigate such development opportunities:

“That step isn’t nice to have. It’s necessary to have: research finds that employees who receive strengths-based development show 8% to 18% increased performance, 7% to 23% higher employee engagement, 20% to 73% lower attrition, and 2% to 10% higher customer metrics.”

While it may appear to casual observers that providing anonymous feedback impinges on accountability when performed correctly the 360-degree feedback process brings everyone onto the same page. This happens when the first guiding principle outlined above – laying the groundwork for expectations – has been correctly implemented.

With a framework based around constructive feedback in place so that the potential biases of the process can be avoided, the 360-degree feedback process becomes a collective experience built around mutual trust and accountability. This is equally true for 360-degree feedback aimed toward assessing leadership as it is for employee assessments, giving employees the opportunity to shed light on manager performance which often gets overlooked.

We’ve put together this short but informative FAQ to highlight some of the 360-degree feedback best practice guidelines to help keep you on the right track.

What should be included in 360-degree feedback?

360-degree feedback is in large part about filling the gaps in understanding performance which are otherwise overlooked with traditional feedback mechanisms. As such, ensuring raters are aware of some things to consider when filling out surveys is essential. Some examples of topics to cover include:

What is the importance of 360-degree feedback?

As the answer to the previous FAQ highlights, the importance of 360-degree feedback is to drive insights into performance that would otherwise be overlooked in traditional manager-to-peer feedback processes.

Articulating clearly what is expected from raters in this regard is good practice, and helps to avoid some of the biases and other disadvantages discussed earlier.

How do you reflect on 360-degree feedback?

Using performance management software allows those conducting 360-degree feedback surveys to easily collate and analyze the data received. Short- and long-term trends both at the individual and group level can then be assessed to help drive decisions around training, vertical and lateral promotions, and succession planning.

Additionally, questions that fail to bring any real insights into performance can be removed, allowing for continual iteration of survey templates to deliver stronger results from future 360-degree feedback sessions.