Home Performance Management Unconscious Bias In The Workplace: What Is It And How Can We Avoid It?

Unconscious bias in the workplace is a fact of everyday life, but when left unchecked it can have serious negative impacts on business outcomes. Understanding the different types of unconscious biases can help business leaders and managers to act in a way that limits their impact and help employees work on a level playing field.

Read on to discover the main types of unconscious bias in the workplace and the steps to take to reduce their impact.

What are unconscious biases?

Unconscious bias – sometimes referred to as implicit bias – refers to people’s associations about the world around them, outside of their conscious control. These biases can affect everyone to varying degrees in different circumstances, and while they are triggered automatically it is possible to spot the signs that they are influencing decisions.

Unconscious biases can be influenced by a series of factors, including:

This process can have a negative impact on how individuals and groups treat one another.

What are the different types of unconscious biases in the workplace?

Unconscious bias can take on many forms. Failure to address these biases, especially the most extreme, can seriously impact performance. Addressing unconscious biases should be seen as a core aspect of the importance of well-being in the workplace.

Here are the key types of unconscious bias you need to know.

Anchor bias occurs when people base their decisions based on previously accepted information, or the first piece of information they discovered about a topic. This can make them lack the ability to take new or more relevant information on board as and when it arises. In this sense, they are “anchored” to a previously established set of beliefs, which can have a negative impact on decision-making.

It’s perhaps of little surprise to discover that more attractive people tend to be viewed more seriously than their less attractive colleagues. As much as we like to hold true to the notion that beauty is skin deep, on an unconscious level it can nevertheless fundamentally skew our judgment.

The article from the Harvard Business Review discusses the potential advantages gained by attractiveness points out:

Similar in some respects to the anchor bias, the Halo effect occurs when someone’s opinion is positively influenced by ideological or social prejudices, not the actual evidence.

A common example of the Halo effect is when a person makes the assumption that someone else is a good person based on their attractiveness.The most damaging impact of this bias is the overestimation of another’s intelligence and competence based on irrational unconscious feelings.

When someone assesses two different things by comparing them to each other, this is known as the contrast effect. But when one thing is judged in comparison to something else, this skews the opinion drawn in either a negative or positive way, either of which can lead to an improper judgment.

This can happen when assessing resumes for new hires, where one candidate is assessed based on the perception and contrast of the previous candidate viewed. Weak candidates can appear stronger when viewed after even weaker CVs, as the person viewing them is prone to making snap judgments.

Ageism is an unconscious bias that perhaps doesn’t get the same level of attention as other forms of discrimination. The Forbes interview with author Jessica Nordell touches on the relative lack of attention ageism gets:

“Ageism is one category where in some ways it’s still kind of acceptable to be somewhat biased. Culturally, it doesn’t evoke the kind of shame and public approbation or renunciation that other kinds of biases do.”

Nevertheless, this unconscious bias can lead to unfair discrimination based on age and should be checked for and guarded against whenever possible.

The horns effect is the doppelganger bias of the Halo effect. This bias occurs where irrationally held assumptions lead a person to consider someone else in a negative light. This often has nothing to do with the individual’s actions, but rather the negative experiences and generalised perception of unrelated traits held by the person forming the opinion.

Unconscious gender bias occurs when a person forms automatic judgments and associations based on someone’s gender, which are based on gender stereotypes.

A report from the International Labour Organisation outlines several courses of action businesses can adopt to help counteract unconscious gender bias in the workplace. For example:

Affinity bias occurs when someone automatically gravitates towards people who share their opinions, worldview, beliefs, and social/cultural background. This bias is perhaps one of the strongest and most universal unconscious biases, and should not necessarily be viewed in a negative light.

Sometimes also referred to as “similarity bias”, this happens frequently in the workplace, and can also be characterised as when people have a sense of rapport over shared hobbies and interests. This can result in healthier working relationships, building trust, and strengthening bonds.

At the same time, it can lead to bad decisions around hiring and promotions, with people gaining roles and responsibilities they are not equipped to deal with. Affinity bias is most damaging in the recruitment process, so it’s here that business leaders need to be most aware of it.

Conformity is something many people fall back on to avoid standing out from the crowd. Few people are willing to put their head above the proverbial parapet, preferring instead to ‘go along to get along’.

While this desire to conform offers some social benefits, following the herd is a surefire way to avoid out-of-the-box creative thinking. In worst case scenarios, for example in the context of a dysfunctional business setting, conformity bias can lead to employees modeling and repeating bad practices and unethical behaviour simply because that’s what they view as the norm.

Sometimes referred to as attributional bias, this form of unconscious bias happens when someone explains the behaviour of another person based on their individual character, rather than the facts surrounding the given situation. Context is everything, but we all make snap judgments surrounding what motivates others even though we lack the facts (and ability to mind read).

When recruiting new members of staff, attribution bias comes into play when reading through CVs. Reviewing the candidate’s grades might give an impression they are more competent than their actual abilities indicate. This is why many HR departments request work samples and set them role-related tasks as part of the interview process.

Height bias can come into play at either end of the extreme, with short people often overlooked for promotions, and taller people dominating high-level positions in many companies. Our language uses phrases about “looking up to someone, or “looking down” on them, which reflects how our unconscious perception of height plays into status.

While overt discrimination against shorter people is fortunately very rare, height bias is certainly something that needs to be considered when making decisions.

There have been countless books written about the influence of an individual’s body language on others. Politicians are well-known for using neurolinguistic programming techniques to persuade voters to support their campaigns, and the FBI has entire teams dedicated to body language analysis when conducting interviews.

In terms of unconscious biases, this leads to nonverbal bias, in which someone makes a positive or negative evaluation of someone based on these nonverbal cues. This bias can then extend to groups, conferring behaviours from individuals on others who share than individual’s inherent characteristics.

Confirmation bias is an unconscious bias that stands as one of the key hurdles to giving reliable feedback and occurs when someone interprets information that supports their existing beliefs and values.

Confirmation bias can be as simple as believing that all left-handed people are inherently more creative than right-handed people. It is also extremely common in the realm of political discussion, with ideologically predisposed individuals selecting information that reinforces their worldview.

Perhaps the most difficult of all unconscious biases to overcome, confirmation bias can be seen everywhere from reports that cherry-pick data to support a predetermined conclusion to the development of products based on market fads.

How do you deal with unconscious bias in the workplace?

While many unconscious biases are here to stay as a part of who we are as humans, there are methods to minimise the negative impact they can have in the workplace.

Business leaders who use performance management software can survey the company’s culture and engagement with analytics tools, identifying any patterns that might be a consequence of unconscious biases.

Additional methods that can help business leaders deal with and eliminate unconscious bias include:

While unconscious bias exists, there are effective methods for reducing its negative impact on how a business operates. Understanding what these unconscious biases are is the first step to recognising the tell-tale signs so that appropriate action can be taken. 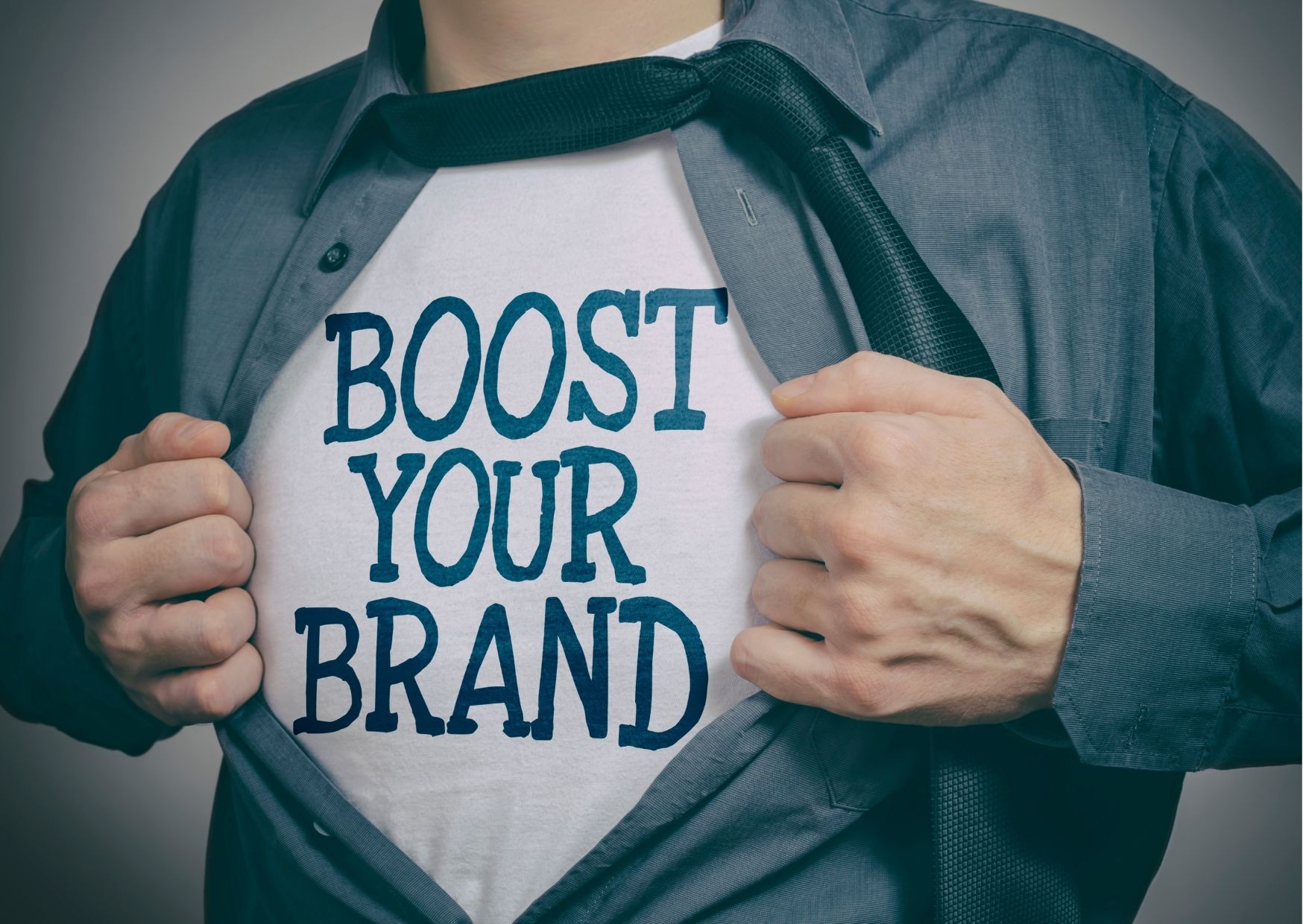 What is an Employer Value Proposition and how to create one?

Attract and retain your top talent by creating an effective employer value proposition.

Staff Wellbeing – What Employers Can Do To Support Their Workers

By following the steps outlined in this guide to staff wellbeing, business owners and HR managers can implement systems that...